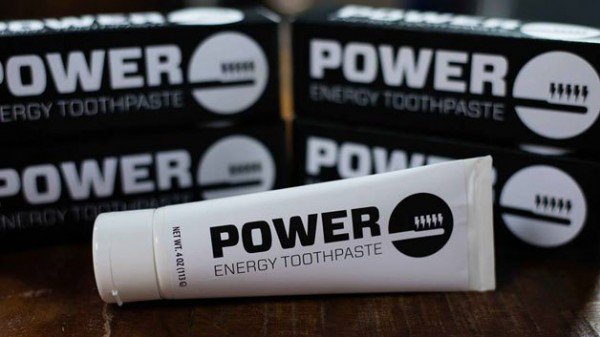 If you find that you simply cannot start your day without a caffeine fix, but can’t stand the aftertaste of coffee, this toothpaste is just the thing for you. Invented by American entrepreneur Dan Meropol, Power Energy Toothpaste is the world’s first caffeinated toothpaste, designed to give people that much needed morning boost as well as keep their teeth squeaky clean.

Meropol, a Brown University graduate, said he was disturbed to learn that only fifty percent of Americans floss daily, and fifty percent brush only once a day. So he was trying to come up with ways to inspire people to take better care of their teeth, when his friend Ian suggested a caffeinated toothpaste.

At first, Meropol figured that a caffeinated toothpaste must already exist, but he was shocked to learn that no one had ever thought of it before. So he decided to run with the idea and started formulating a special blend of his own. He eventually came up with Power Toothpaste, which provides an instant hit of caffeine that’s absorbed through the gums and mouth.

This is supposedly faster than the traditional coffee-through-the-stomach method, taking effect even before you’ve finished brushing. But this also means that the ‘high’ won’t last very long. “I was sleepy again less than an hour after brushing with Power Toothpaste,” wrote Motherboard contributor Rachel Pick, who tried the product first hand.

That’s because the caffeine fix is instant, and it isn’t being absorbed over time like with a cup of coffee. “Power Toothpaste is only meant as a quick jolt to take you out of your morning fog, and in that regard, it works well,” Pick wrote. Which is exactly what Meropol is aiming for – he just wants people to improve their dental care habits, and if a temporary caffeine high will do the trick, so be it. “Too many people aren’t taking care of their teeth, even when they know they should,” he said.

Pick also noted that Power Toothpaste doesn’t contain fluoride, so it technically classifies a cosmetic product rather than a drug. Dentists are apparently okay with this, but they do recommend following it up with a mouthwash that does contain fluoride.

Meropol first shared the toothpaste with his family and friends, and is now ready to bring it to the masses. He started an Indiegogo campaign on January 19, and he’s already raised over $15,000, completing 35 percent of his goal in just three days. Looks like a lot of people are interested in getting a rush while they brush.