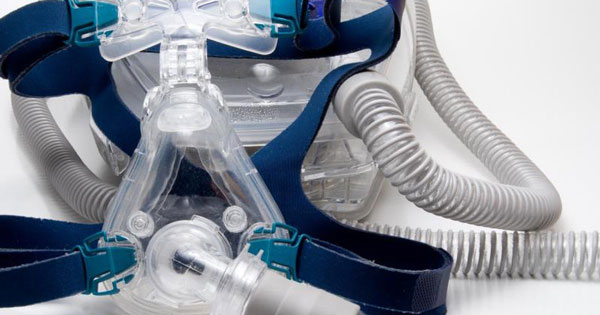 January 5, 2016 — Both continuous positive airway pressure (CPAP) and mandibular advancement devices (MADs) reduce blood pressure in patients with obstructive sleep apnea, according to a new study in the Journal of the American Medical Association.

Obstructive sleep apnea occurs in about 2% to 4% of the population in Western countries according to a 2002 study in the American Journal of Respiratory and Critical Care Medicine (May 2002, Vol. 165:9, pp. 1217-1239); however, the study authors noted that the prevalence of the condition is on the rise because of increasing obesity in these populations. The condition is associated with oxygen loss and wakefulness from sleep, which can lead to increases in blood pressure and the risk of cardiovascular disease, according to a 2010 study in Nature Reviews Cardiology(December 2010, Vol. 7:12, pp. 677-685).

Continuous positive airway pressure devices have been shown to be an effective treatment for improving symptoms of obstructive sleep apnea, such as daytime sleepiness. The authors of the current study cited multiple studies that show the device also lowers blood pressure. For patients who are unable to tolerate CPAP, an alternative treatment often used is the mandibular advancement device, which works by protruding the mandible and tongue to keep the airway open during sleep.

In this study, the researchers from the University of Zurich in Switzerland compared CPAP and MAD to see what changes the devices had in the blood pressure of patients with obstructive sleep apnea. The meta-analysis included 51 studies from the databases of Medline, Embase, and the Cochrane Library to the end of August 2015 and included 4,888 patients with obstructive sleep apnea.

The researchers found that both CPAP and MADs were associated with similar reductions in systolic and diastolic blood pressure compared with an inactive treatment.

While many of us might not consider seeking out the advice of a dentist to achieve a better nights sleep, you should know that certain dentists are trained to provide solutions to those suffering from Sleep Apnea.

What is Sleep Apnea?

In simple terms Sleep Apnea is a chronic medical condition where the affected person repeatedly stops breathing during sleep. These episodes last 10 seconds or more and cause oxygen levels in the blood to drop. It can be caused by obstruction of the upper airway, resulting in obstructive sleep apnea, or by a failure of the brain to initiate a breath, called central sleep apnea. It can cause and worsen other medical conditions, including hypertension, heart failure, and diabetes.

What are common symptoms of Sleep Apnea?

How can a dentist help?

A dentist with specialized Sleep Apnea training is committed to your overall wellness, and works in conjunction with your medical doctor to determine the best course of treatment. Often, a person affected with this condition can benefit from the option of wearing a simple mouth appliance at rest that comfortably repositions the jaw and tongue to alleviate airway obstruction.

At Greenwich Dental Group, our team of Doctors are available to discuss your concerns and offer possible Sleep Apnea solutions that involve comfortable oral devices that keep the air way free of obstruction. Please feel free to schedule a complimentary Care to Share appointment.

We recommend you follow the link to learn more: